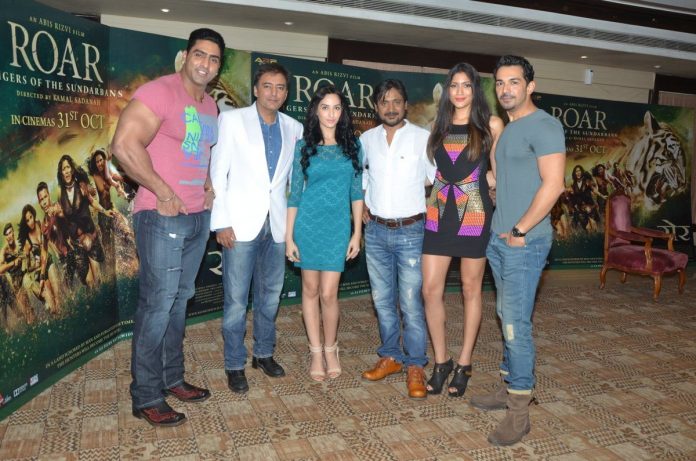 Aaran and Naura promote ‘Roar – Tigers of the Sunderbans’ at press meet.

‘Roar – Tigers of the Sundarbans’  is produced by Abis Rizvi, who recently said, “When the CGI tiger was created, we wanted to ensure that it was as close to reality as possible. We have replicated every aspect of the Sundarbans tiger, right down to each muscle that moves when it walks.”

The story of the movie is about a photojournalist who is on an assignment in the Sundarbans jungles and rescues a white tiger cub who is caught in a trap.