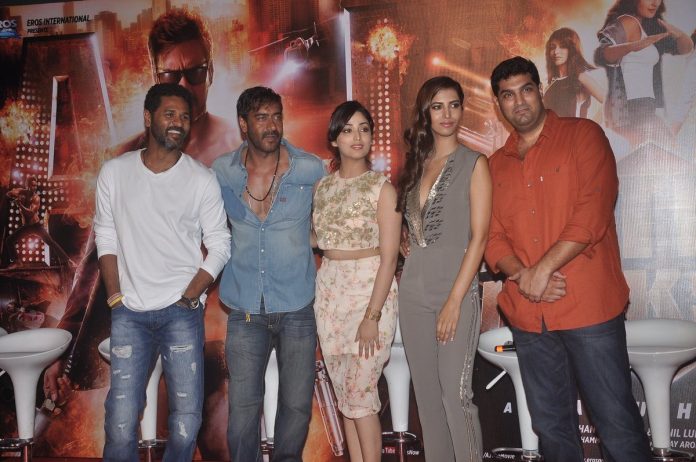 Makers of the movie ‘Action Jackson’ launched the first look of the flick at an event in Mumbai on October 22, 2014. The launch event was attended by Ajay Devgan, Prabhu Deva, Yami Gautam, Sunil Lulla and Manasvi Mamgai.

There are rumors that Ajay Devgn will be playing a double role in the movie, however, nothing has been confirmed yet. The movie also stars Sonakshi Sinha, Anand Raj and Kunal Roy Kapur.  Like all of Prabhu Deva’s previous movies, this one is also expected to have all the ingredients of an entertainment film.

The trailer will be released with Shahrukh Khan’s ‘Happy New Year’, which hit the theatres today, October 24, 2014.

Take a look at the trailer: