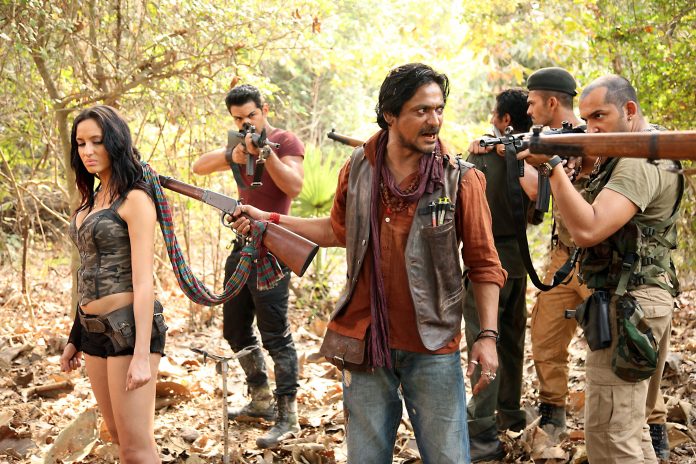 The team of Roar: Tigers of the Sunderbans had to brave the harsh Sunderbans forest to shoot the film.

Makers of the movie ‘Roar: Tigers of the Sunderbans’ shot in the dangerous Sunderbans area for 40 days. The cast and crew, that comprised of 150 members shot in the forests everyday and stayed on 4 ships.

The timing of the shoot was adjusted everyday according to the time of the tide since it changed every six hours. Everyday, the high tide used to submerge the terrafirma in the water, which left no place for the crew to walk. The team worked under such challenging conditions.

Till now no one had dared to shoot in such a remote and dangerous place. The movie is produced by Abis Rizvi and directed by Kamal Sadanand. ‘Roar: Tigers of the Sunderbans’ is all set to hit the theatres on October 31, 2014.