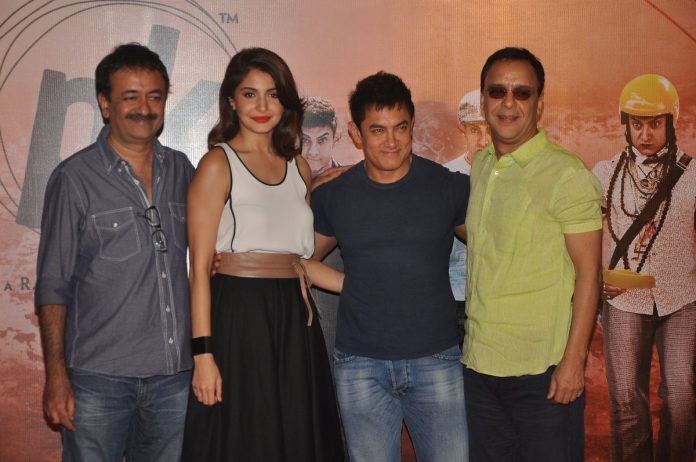 Bollywood stars Aamir Khan and Anushka Sharma launched the teaser of their upcoming movie ‘P.K.’ on October 23, 3014. The launch event was also attended by Rajkumar Hirani and Vidhu Vinod Chopra.

While talking about the movie, Aamir Khan said that like Rajkumar Hirani’s other movies, this one also has a message for the audience. The ‘Ghajini’ actor added that this has been the toughest role of his career. Talking about the experience of playing P.K., Aamir said that he ate about 50 to 60 paans in a day since his character eats a lot of paan. The makers of the film arranged to have a paanwala constantly on the sets.

The movie, which also stars Sushant Singh Rajput, is all set to hit the theatres on December 19, 2014.

Check out the whacky teaser here: