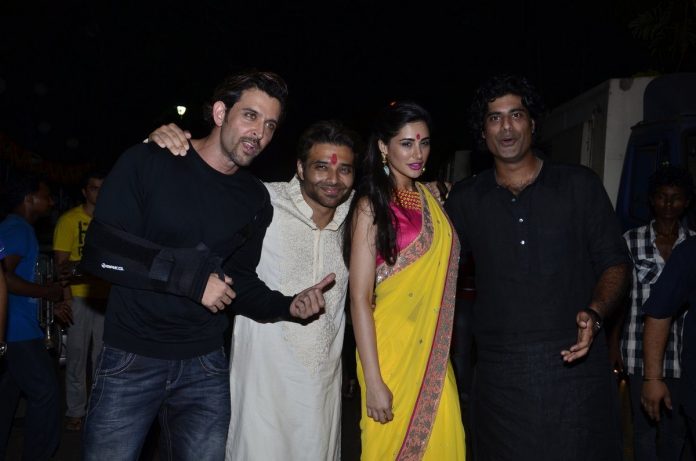 One of Bollywood’s most illustrious family’s – the Bachchan parivaar – celebrated Diwali in style, as they hosted a grand bash at their residence in Mumbai on October 23, 2014.  The house was lit up with several lights and flowers keeping the festive mood alive. Amitabh Bachchan along with wife  Jaya Bachchan and son Abhishek Bachchan were gracious hosts and welcomed each guest personally.