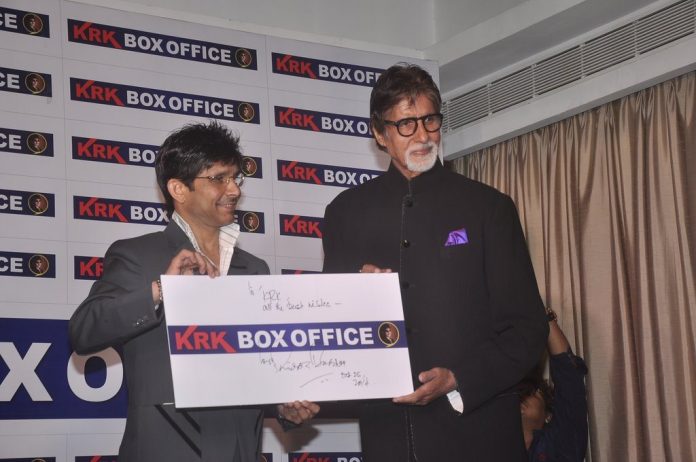 Kamaal R Khan’s new website ‘Box Office’ was launched by Big B at a gala event.

The ‘Deshdrohi’ star is already in news for the controversial reviewing of the recently released ‘Happy New Year’. ‘Box Office’ has given a poor review for the movie, which stars Shahrukh Khan, Deepika Padukone, Abhishek Bachchan, Boman Irani, Sonu Sood and Vivaan Shah.

Directed by Farah Khan and produced by Gauri Khan, HNY released in theaters on October 24, 2014 to very mixed reviews.