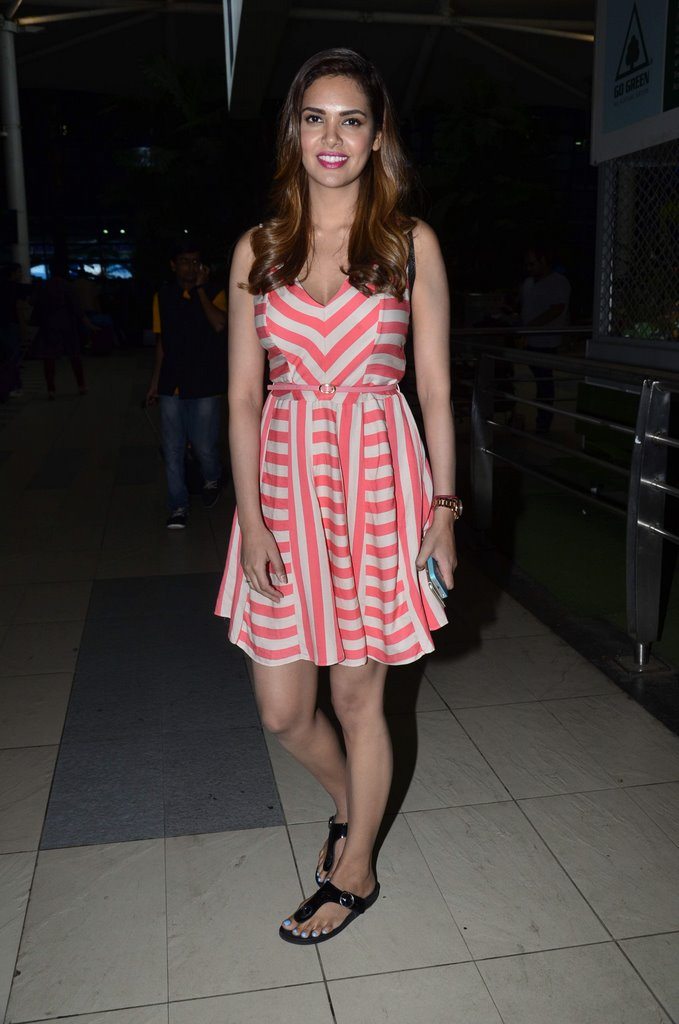 Actress Esha Gupta looked fresh and comfy as she returned from Bangalore.

Bollywood actress Esha Gupta was sighted at the Mumbai Airport while returning from Bangalore on October 27, 2014. Esha looked stylishly comfortable in a pink striped dress by Oasis, paired with black flats.

The actress was last seen in the movie ‘Humkshakals’ in which she played the role of a doctor. The movie was directed by Sajid Khan and also featured Saif Ali Khan, Tamannaah Bhatia and Riteish Deshmukh.

Esha will soon be appearing in another movie under the Vishesh Films Banner, ‘Hum Aap Aur Pyaar’, opposite actor Upen Patel. Patel is currently in the Bigg Boss house, being hosted by Salman Khan.