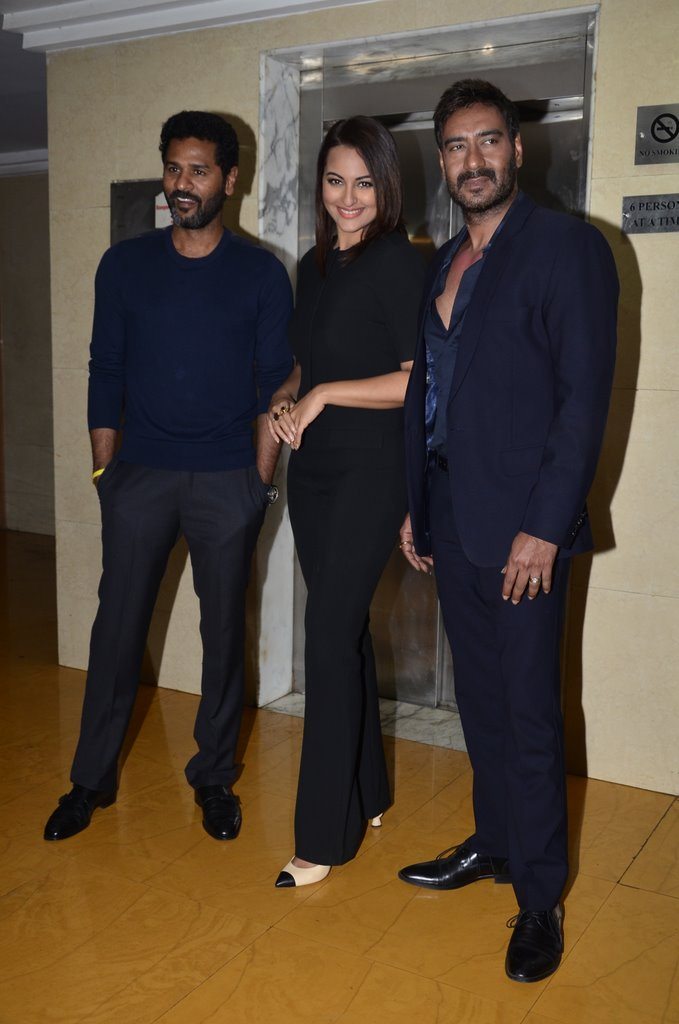 The star cast of the movie ‘Action Jackson’ promoted their film on the TV show ‘Kaun Banega Crorepati’ hosted by superstar Amitabh Bachchan. Lead actors Sonakshi Sinha, Ajay Devgn and director Prabhu Deva promoted the movie on the sets of the show.

‘Action Jackson’ will mark the debut of South actor Anand Raj. The movie is the remake of the Telugu movie ‘Dookudu’.  Fans will particularly enjoy the cast of ‘Action Jackson’ answering questions, while sitting on the hot seat. The movie also stars Yami Gautam and Manasvi Mamgai and is all set to hit the theatres on December 5, 2014.

The show KBC is in its 8th season and has been running successfully for 14 years now.