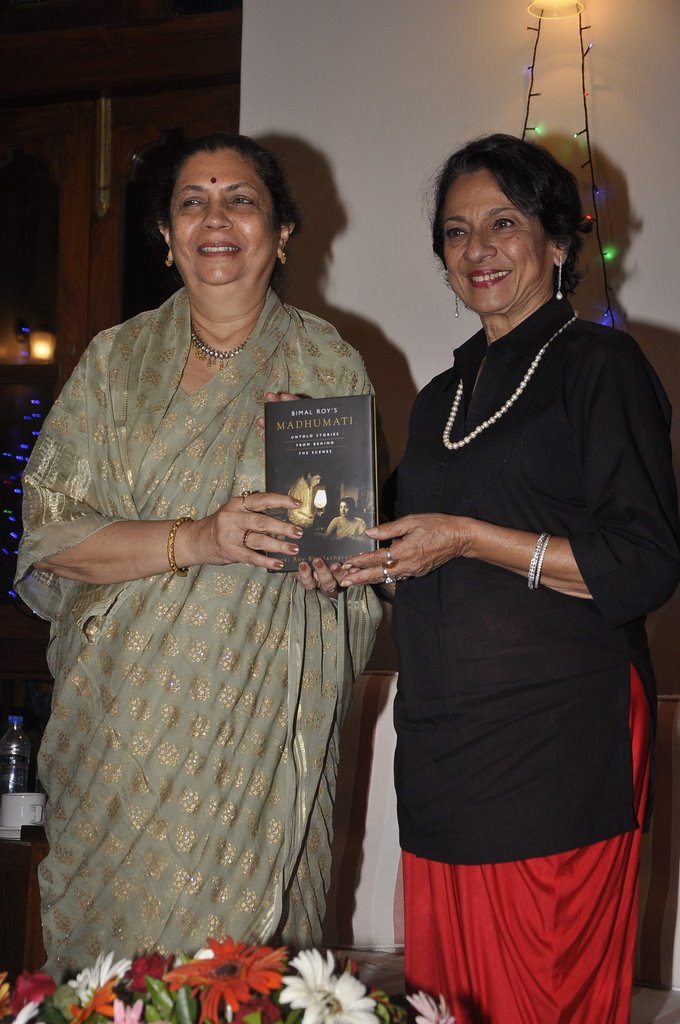 Veteran actress Tanuja Mukerji launched a book on Bimal Roy’s Classic movie ‘Madhumati’. The book is written by Bomal Roy’s  daughter Rinki Roy Bhatacharya and was launched at an event on October 27, 2014.

The launch event also had Ameen Sayani  and other celebrities from the old times. Tanuja for the event looked great in a black and red outfit.  The actress recently played the role of a widow in a Marathi movie ‘Pitruroon’ made bu Nitish Bharadwaj. Tanuja for the role had cut her hair to make her character look more realistic.

In 2014 the actress received the Filmfare Lifetime Achievement Award for her contribution in Indian cinema.