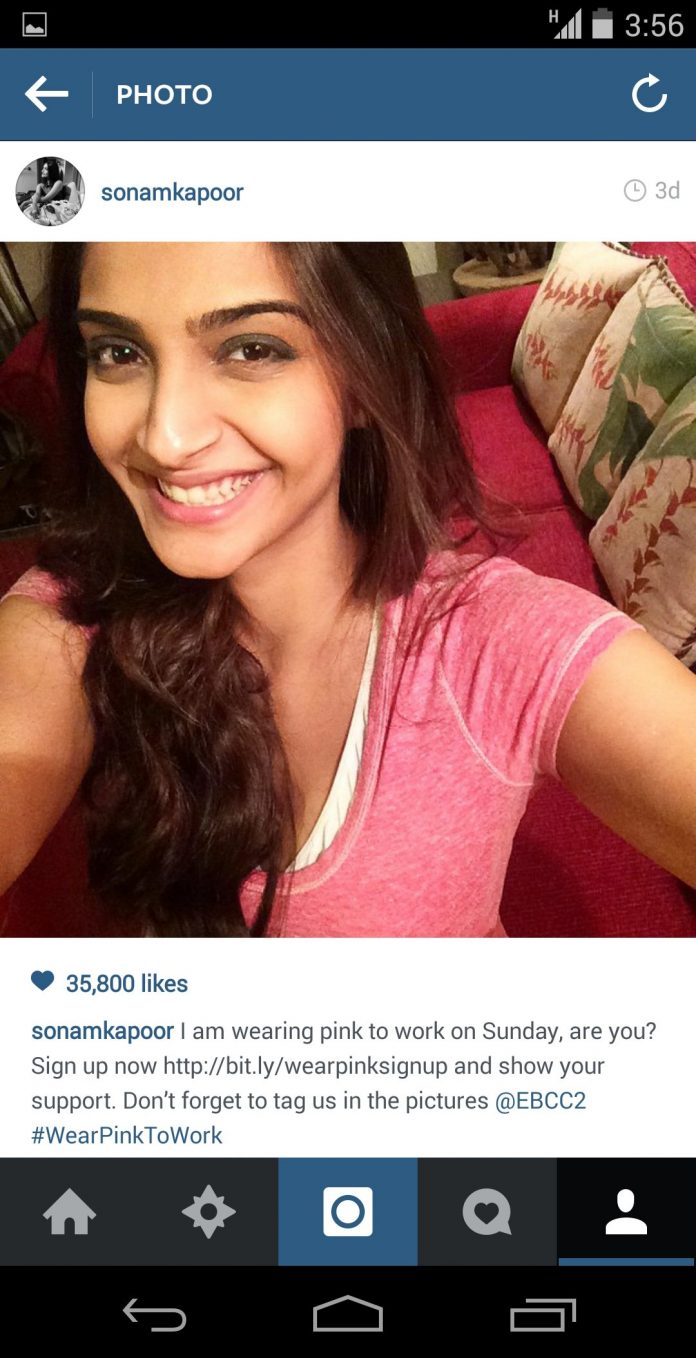 The month of October is now known as the Pinktober which is  a month to spread awareness  for Breast Cancer in the globe. Celebrities from Bollywood participated in one of the campaigns on the social media where they wore pink  and clicked selfies  and uploaded them on the social network.

Breast cancer has affected about 25% of the women in the world  and is rated  as the leading type of cancer in women. Women in the age of 50 to 70 are recommended  to take screenings  every two years so that the disease can be diagnosed early.