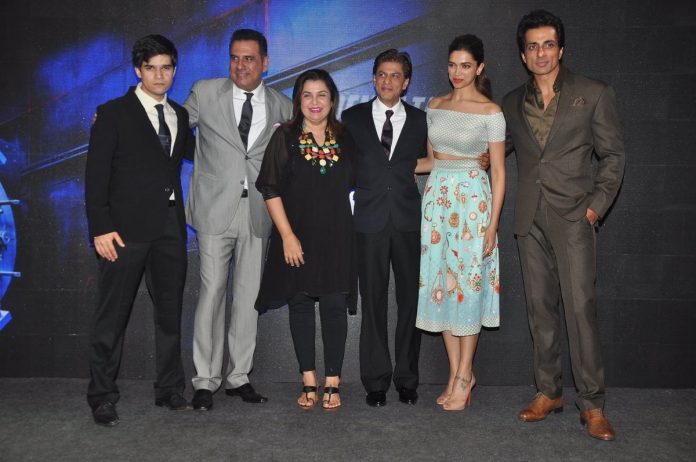 The cast of the movie ‘Happy New Year’ and director Farah Khan launched new song, ‘Sharabi’ on October 28, 2014. The launch event had Shahrukh Khan, Deepika Padukone, Boman Irani, Sonu Sood and Vivaan Shah. Abhishek Bachchan was the only star cast member that was missing from the event.

The song is played at the end of the movie with the end credits. As has been Farah Khan’s trademark style, in the end of her movie, she introduces the entire cast and crew of the film, which also includes the spot boys and camera men as well. In theatres, the crew members are seen dancing to the song, but the new video shows the star cast doing some hilarious moves. The video is quite entertaining.

‘Sharabi’ is choreographed by Ganesh Hegde and the vocals are by Nindy kaur, Manj and Vishal-Shekhar.