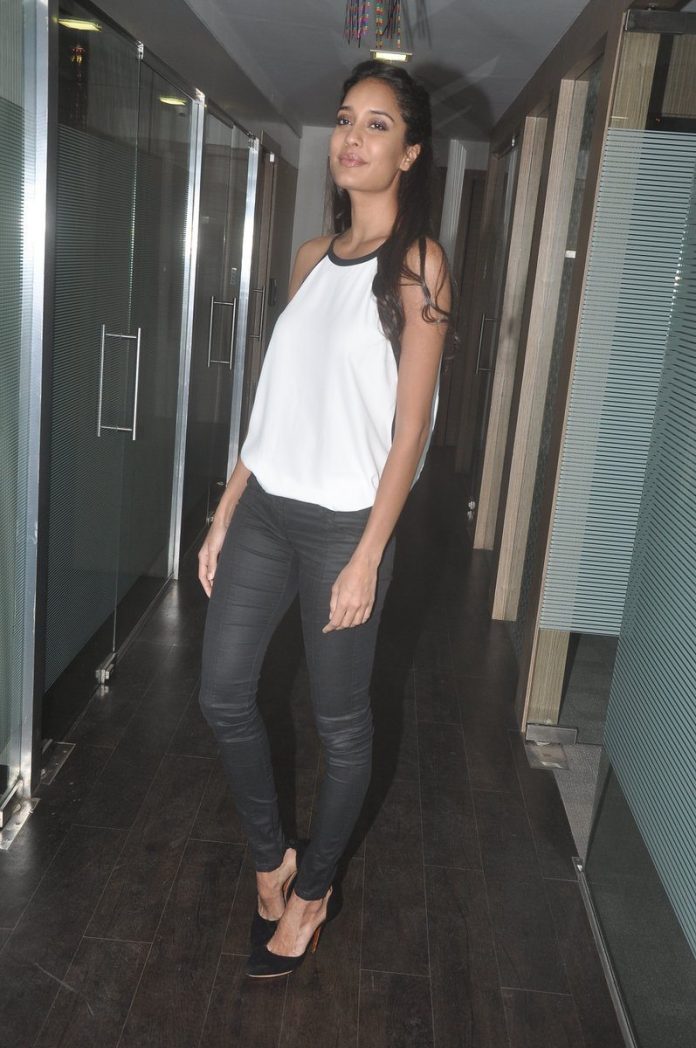 Actors Lisa Haydon and Annu Kapoor host a press meet for ‘The Shaukeens’.

Lisa will soon be seen in her upcoming movie ‘The Shaukeens’, which is a remake of the classic movie ‘Shaukeen’, featuring Rati Agnihotri. The movie is directed by Abhishek Sharma and is produced by Ashvin Varde, Akshay Kumar and Murad Khetani.

The film is expected to be released on November 7, 2014. Before Lisa, Nargis Fakhri was signed for the flick, but then the actress left the project for an unnamed Hollywood movie, after which the ‘Rascals’ actress was signed.