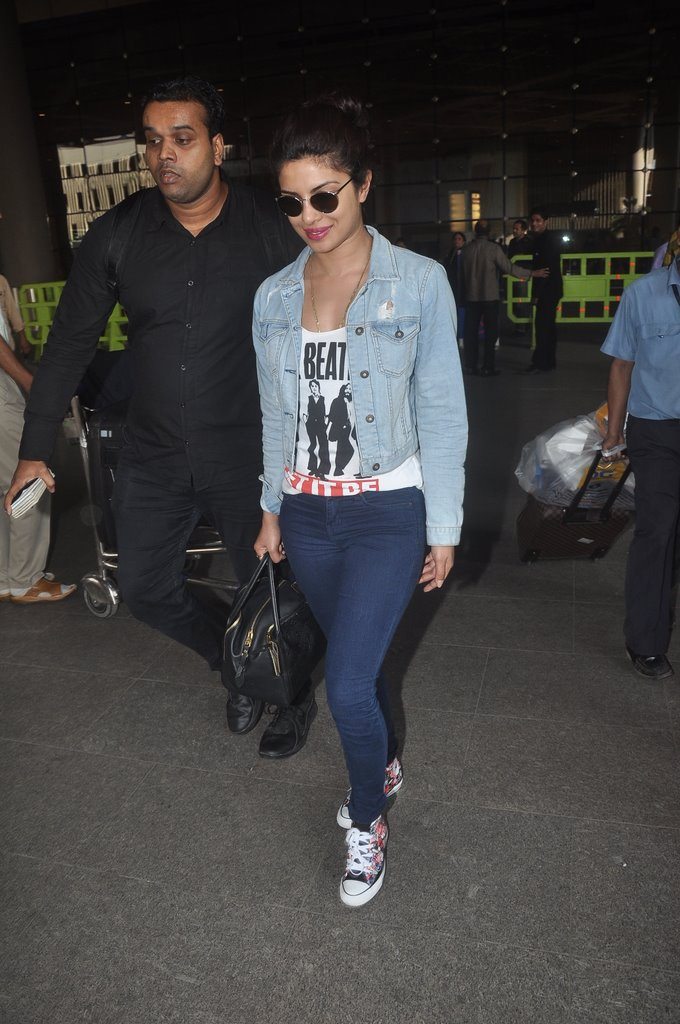 The ‘Barfi’ actress was wearing blue jeans, a t-shirt and a denim jacket, while Ellie was seen in a purple tank top and printed pants. Soon after she landed in Mumbai, Priyanka Chopra tweeted, “Now finally in Mumbai for a few hrs…LA LA land here I come…” Priyanka is currently shooting for her upcoming movie ‘Bajirao Mastani’, opposite actor Ranveer Singh.