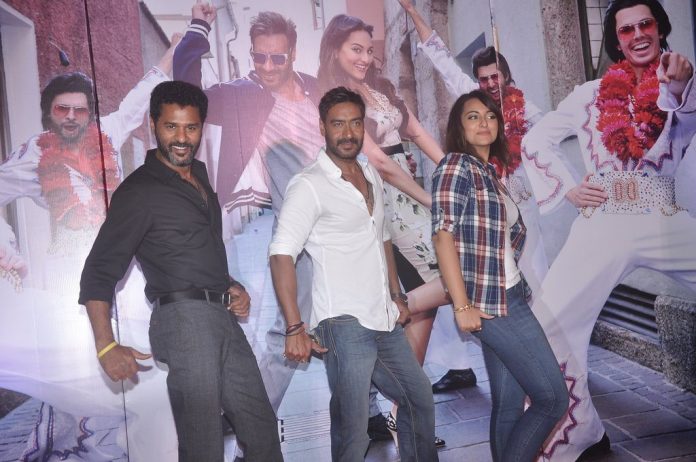 Bollywood actors Sonakshi Sinha and Ajay Devgn launched the first song ‘Keeda’ of their upcoming movie ‘Action Jackson’ at an event in Mumbai on October 30, 2014. At the event, Sonakshi wore a white tank top coupled with a checked shirt and jeans, while Ajay looked great in a white shirt and jeans.

The event was also attended by director and choreographer Prabhu Deva and music composer Himesh Reshamiya.  The song ‘Keeda’ is sung by Himesh and Neeti Mohan and will feature Sonakshi Sinha and Ajay.

In the movie, Ajay Devgn will be playing a double role. Also starring in the movie is Yami Gautam and Manasvi Mamgai.  The movie is all set to hit the theaters on December 5, 2014.