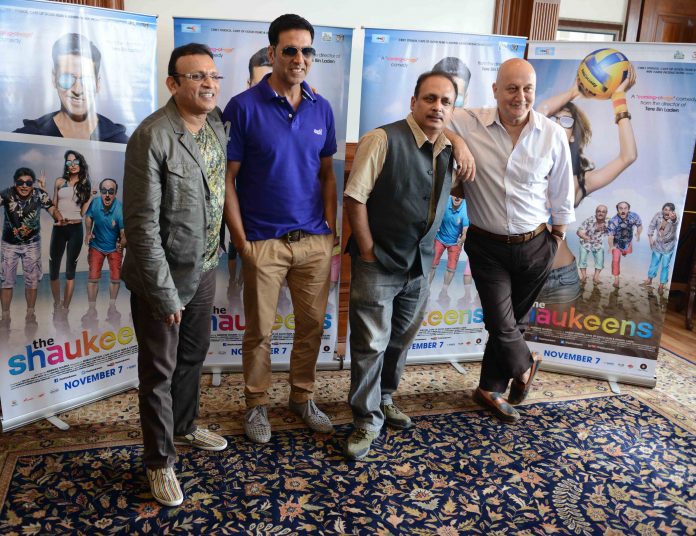 Bollywood star Akshay Kumar promoted their upcoming movie ‘The Shaukeens’ at the Imperial Hotel in Delhi on October 31, 2014. The promotional event was also attended by Anupam Kher, Annu Kapoor and Piyush Mishra.

The lead actress, Lisa Haydon could not make it to the event since she is suffering from dengue. Akshay looked great in a khaki trouser, a blue t-shirt and sneakers.

The movie is directed by Abhishek Sharma and is a remake of the classic movie ‘Shaukeen’. It is produced by the Ashwin Varde Productions, Cine1 Studios and Cape of Good Films and is all set to hit the screens on November 7, 2014.