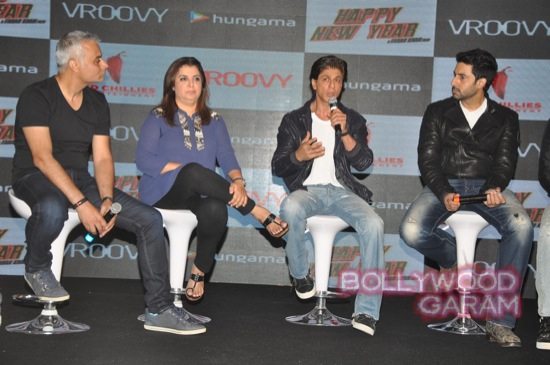 Shah Rukh Khan starrer ‘Happy New Year’ has crossed Rs 300 crore mark at the box office across the globe. Once again, the Badshah of Bollywood has proved his superiority and success in the industry.   The news was confirmed by a source from Khan’s Red Chillies Entertainment team.

The movie has a huge star cast, including Deepika Padukone, Boman Irani, Abhishek Bachchan, Sonu Sood and Vivaan Shah. The movie was released on October 24, 2014 and became the quickest to make it to the Rs 100 crore mark in terms of box office collections.

HNY, when released, received mixed responses from the critics, but was appreciated by its viewers. Other movies which released lately include ‘Roar – Tigers of the Sunderbans’ and ‘Super Nani’, which failed to pick up at the box office, while HNY continued to climb the ladder of popularity.

Distributors have stated that ‘Roar – Tigers of the Sunderbans’ managed to make about Rs 5 crore at the box office, while ‘Super Nani’ collected just Rs 1.5 crore.