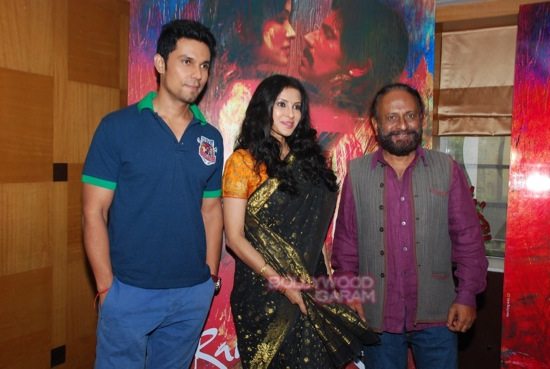 Bollywood movie ‘Rang Rasiya’ has been a victim of controversy since the time it was being made. There was a time when the movie did not have any distributors, but now that it is ready to hit the theatres, it is surrounded with legal issues.

The main character of the movie is Raja Ravi Varma, who is a popular artist and has captured the beauty of Indian goddesses, as well as some mythological characters.

The complainant, granddaughter of Raja Ravi Varma, Indira Devi Kunjamma, says that the painter has been portrayed in wrong light and that his image has been termed as a ‘playboy’.  A legal notice has been sent to Ketan Mehta and the producers. The notice has asked the makers of ‘Rang Rasiya’ to withdraw the release.

Ketan Mehta explained that the movie is based on a two decade old book written by Ranjit Desai, which has the title ‘Raja Ravi Varma’. The book has been also translated in various other languages, including English and Malayalam.

The director stated that the movie was screened at the Trivandrum Film Festival five years ago and sending a notice just a week before its commercial release was just a maligning move.