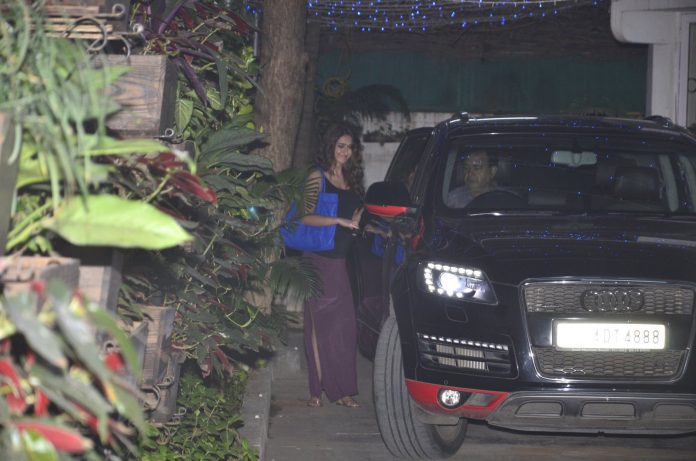 Bollywood actress Ileana D’cruz was seen leaving a recording studio in Juhu in Mumbai on November 4, 2014. The ‘Main Tera Hero’ actress smiled at the shutterbugs as she drove away in her car.

The ‘Barfi actress is currently busy with the promotions of her upcoming movie ‘Happy Ending’, which stars Saif Ali Khan, Govinda, Kalki Koechlin and Ranvir Shorey. The movie is all set to hit the theaters on November 21, 2014.

‘Happy Ending’ also has Kareena Kapoor and Preity Zinta, playing cameos. The movie is produced by Saif Ali Khan’s Illuminati films and is directed by the directors of ‘Go Goa Gone’ Raj Nidimoru and Krishna D.K.