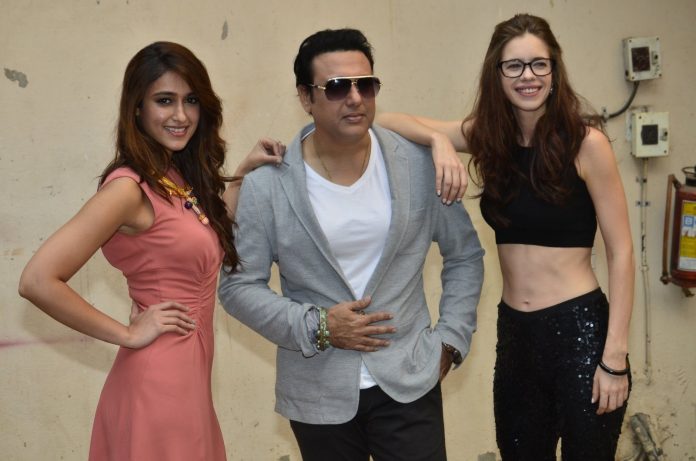 Lead actors of the movie ‘Happy Ending’, Ileana D’Cruz, Govinda and Kalki Koechlin were at a photo shoot in Mumbai on November 5, 2014. Kalki and Ileana looked fabulous in a black and peach outfit, while Govinda looked stylish in grey jacket and shades, over a white t-shirt and pants. However, Saif Ali Khan did not attend the photo shoot.

The actors seemed to be having a great time, while they dished out some great poses for the cameras. ‘Happy Ending’ is directed by the ‘Go Goa Gone’ directors Raj Nidimoru and Krishna DK and is all set to hit the theaters on November 21, 2014. The film is being produced by Saif Ali Khan owned production house Illuminati Films.