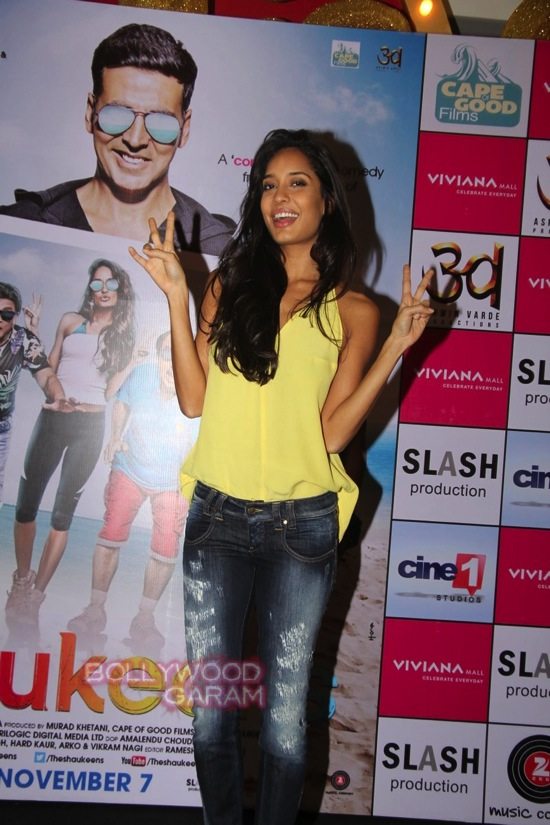 Bollywood actress Lisa Haydon promoted her movie at the Bigg Boss house. She distributed luxury items to the show contestants through ‘The Shaukeen’ stall set up in the premises. The contestants won 600 points through the luxury budget task ‘Oonchi Hai Building’ and Lisa was seen enjoying herself while distributing the goodies. She also bargained with the contestants and demanded some exclusive performances.

As a part of the task, Pritam mimicked Puneet Issar, who was seen standing aside in a cage. Diandra was asked to flirt with actor Upen Patel. Lisa’s presence at the Bigg Boss house was refreshing.

Diandra at first mistook that Lisa had come as a wild card contestant, but then the actress clarified that she was in the house just for he movie promotions and will just spent about an hour there. The entire day was a fun-filled experience for the contestants as well as for the sultry star. Lisa’s movie ‘The Shaukeens’ hit the theatres  on November 7, 2014.

The upcoming episode of Bigg Boss will see the entry of two wild card contestants, which is expected to shock the existing contestants, as well as the audience.