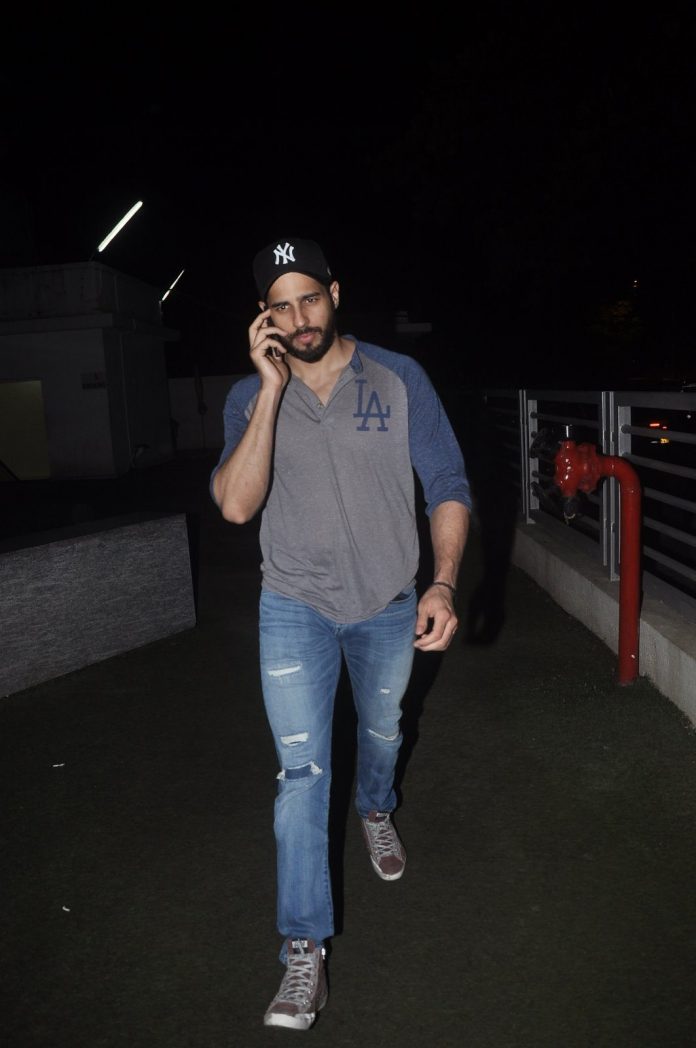 Bollywood actors Sidharth Malhotra and Zarine Khan were seen chilling individually in Mumbai on November 7, 2014.  Sidharth was busy on the phone for a long time. The ‘Student of the Year’ actor had been ill for a while and is currently shooting for his upcoming movie ‘Brothers’.

Malhotra had taken some time off during his illness and is now back to work. Zarine Khan photographed while she was chilling, however the actress was in no mood to be clicked by the photographers.

Sidharth’s upcoming movie is directed by Karan Malhotra, who also directed ‘Agneepath’, and is produced by Karan Johar. The actor shot to fame with his debut movie ‘Student of The Year’.