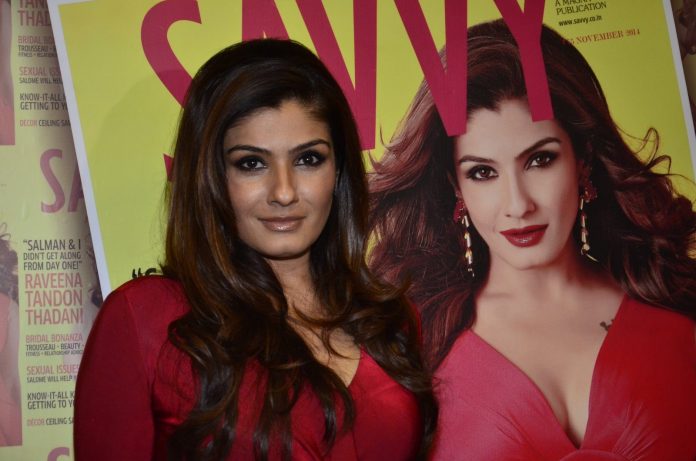 Bollywood actress Raveena Tandon unveiled the new cover of the Savvy Magazine at an event held in Mumbai on November 7, 2014. The actress looked ravishing in a red dress with soft curls.

The cover of the magazine reads, “Salman & I Didn’t Get Along From Day One! Raveena Tandon Thadano”. Going by the cover, it seems like the actress has talked about her career and her relation with different stars. One of her blockbuster movies ‘Andaaz Apna Apna’ has recently completed 20 years since it was made. The movie featured Raveena Tandon, Salman Khan, Aamir Khan and Karishma Kapoor.

‘Andaaz Apna Apna’ will be re-released in theaters this month.