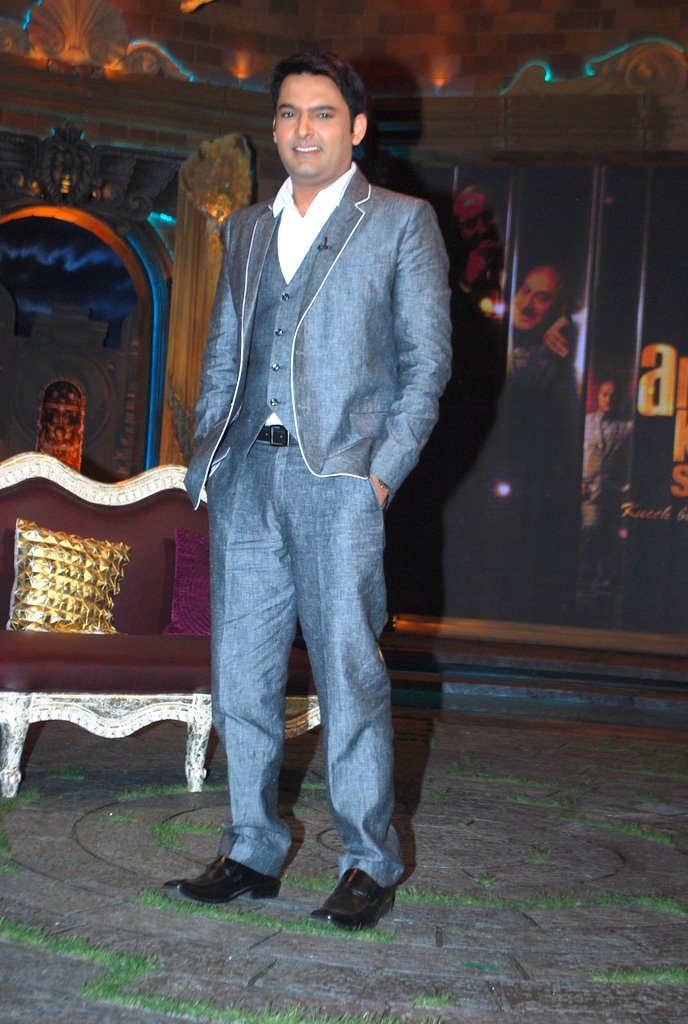 Popular Indian comedian Kapil Sharma, who is known for his comedy show ‘Comedy Nights With Kapil’, has started shooting for his debut Bollywood flick with Abbas-Mastan. Sharma has collaborated with filmmaker Arbaaz Khan for the upcoming movie.

The entire cast and crew began shooting on November 7, 2014. The last time Abbas-Mustan and Arbaaz collaborated was in the year 1996 for the movie ‘Daraar’. On the first day of the shoot, Arbaaz posted, “First day shoot for Abbas-Mustan’s new film. Working with the duo after ‘Daraar’. Great feeling to be back on their set.”

He also posted a picture of him along with the directors and Kapil. The mahurat shot of the movie was taken in the morning. Arbaaz also tweeted about Kapil, “Kapil Sharma makes his film debut. It’s a super comedy. Looking forward to working with him.”

Kapil has already become popular in the TV industry with his show, which has a celebrity over on the sets for every episode. The characters of Guthi, Daadi and Palak too are loved by the audience.