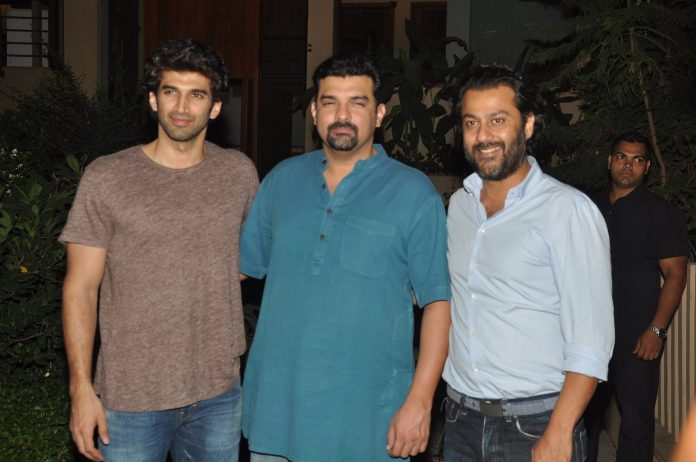 Celebrities from Bollywood were snapped attending a private dinner at Juhu area in Mumbai on November 8, 2014. The attendees  of the event included Siddharth Roy Kapur, Aditya Roy Kapur and Abhishek Kapoor.

Sidharth at the event arrived in a casual kurta  and sported a french beard. Aditya and Abhishek too were seen in casuals. Siddharth got married to actress Vidya Balan on  in a private ceremony  on December 14, 2012 in Bandra, Mumbai.

The producer is  a two-time divorcee  and got separated from his second wife in 2008.  Siddharth in recent times has produced the movie ‘Khoobsurat’ which stars Sonam Kapoor and Fawad Khan.