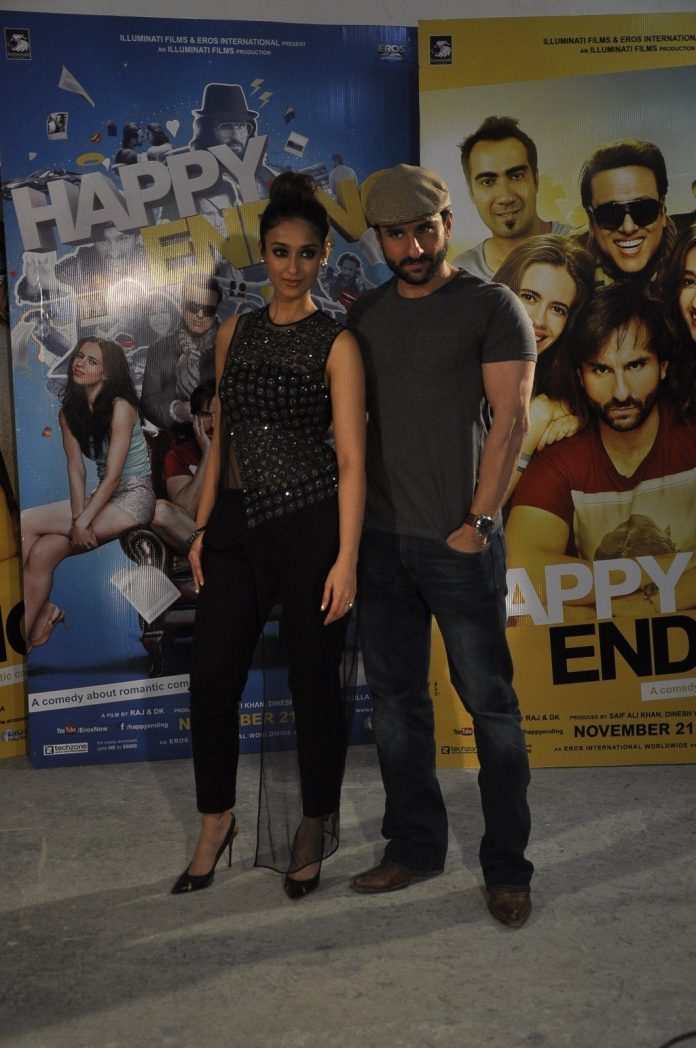 Bollywood actors Ileana D’Cruz and Saif Ali Khan interacted with the media as they promoted their upcoming comedy flick ‘Happy Ending’ at Memboob Studios in Mumbai on November 8, 2014. Ileana looked stunning in a black outfit while Saif was seen in casuals, sporting a beret.

Happy Ending is a comedy flick directed by Raj Nidimoru and Krishna DK and is produced by Illuminati Films.  Apart from Saif and Ileana, the movie also has Ranvir Shorey, Kalki Koechlin and Govinda.

Kareena Kapoor and Preity Zinta will be seen in cameo roles in the movie. The plot revolves around a writer played by Saif, who has not written anything for a few years.