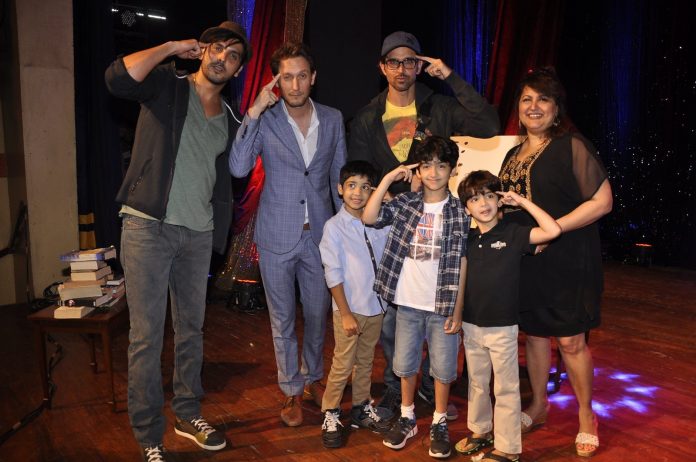 Bollywood star Hrithik Roshan and his children, Hrehaan and Hridhaan, were at the Raell Padamsee’s show by Lior Suchard in Mumbai on November 9, 2014. Zayed Khan was also present at the show and everyone seemed to have a great time. The show was held in the St. Andrews auditorium in Bandra.

Apart from the two stars, Bollywood actress Tanishaa Mukerji and her mother Tanuja were also in attendance. Hrithik recently separated from wife Sussanne Khan on November 1, 2014. The final verdict was given by a family court in Banrda, Mumbai.