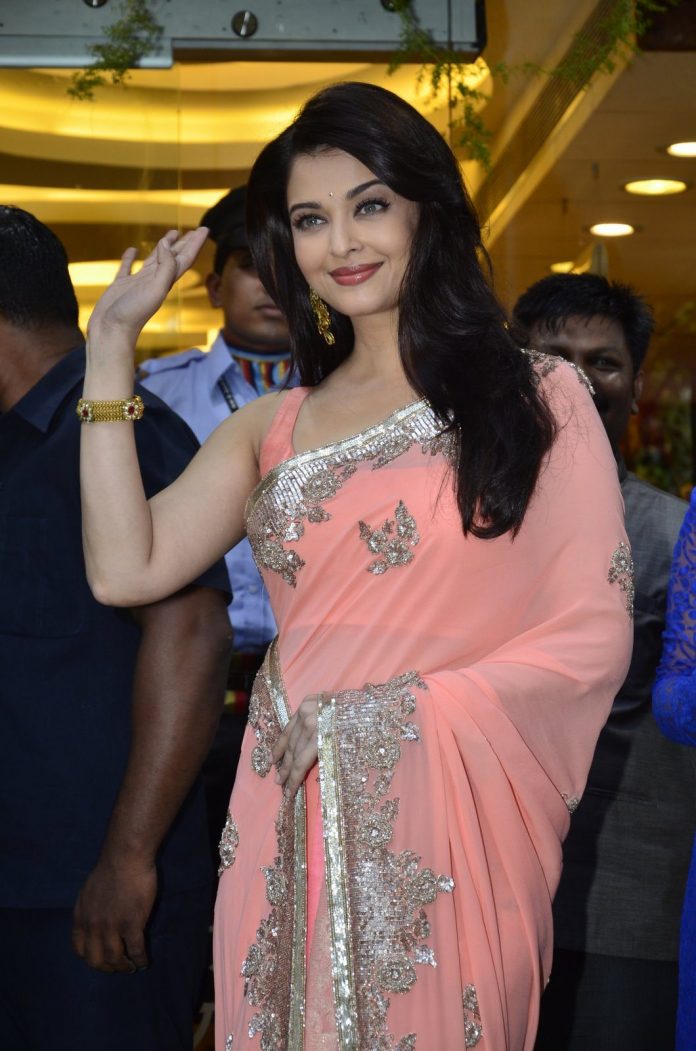 The ‘Josh’ actress looked pretty in a pink sari by Sabyasachi. A huge crowd had gathered at the showroom to catch a glimpse of the former beauty queen. Ash recently celebrated her 41st birthday and is busy in preparations of a big bash for her daughter, Aaradhya Bachchan, who will turn 3 on November 16, 2014.

For 3 years, Aishwarya played the role of a real life mother and a good one at that, but finally her fans will get to see the actress on the silver screen as her new movie ‘Jazbaa’ is set to come out soon.