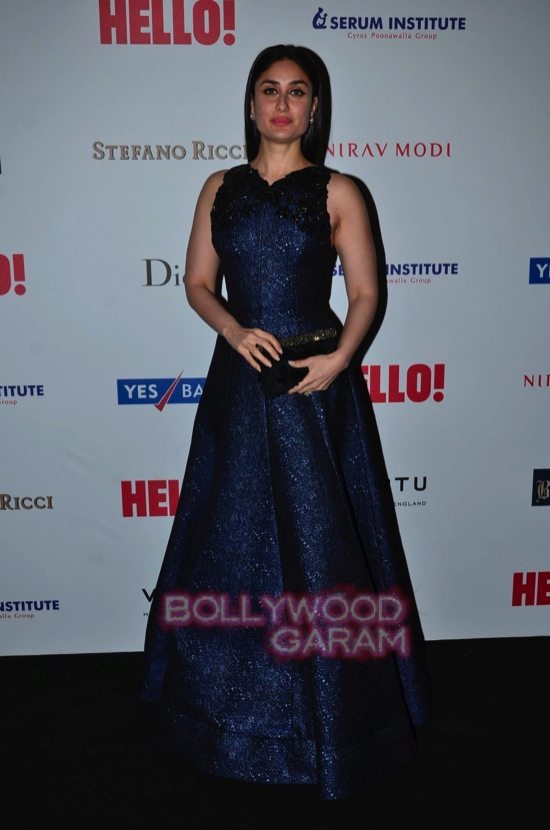 It was raining Bollywood celebrities at the Hello! Hall of Fame Awards 2014, as one by one they walked the red carpet, oozing oodles of style in Mumbai on November 9, 2014. From Sonam Kapoor, Kareena Kapoor, Sonakshi Sinha, Fawad Khan to Sania Mirza and many others, the event was overflowing to the brim with those dressed to kill.

While Kareena donned a midnight blue Andrew Gn gown, Sonam was a vision of unconventionality in Ralph & Russo couture, as she entered with Pakistani actor Fawad Khan. However, Sonakshi was the one who actually took the cake with her chic pale pink Gauri and Nainika gown, with her short twirly hair framing her face.

Sania looked absolutely charismatic in a white gown, wearing her hair messily tied into a faux bob. Nandana Sen chose to stick to her sari look, with chunky earrings and a bindi on her forehead, and looked pretty as ever.