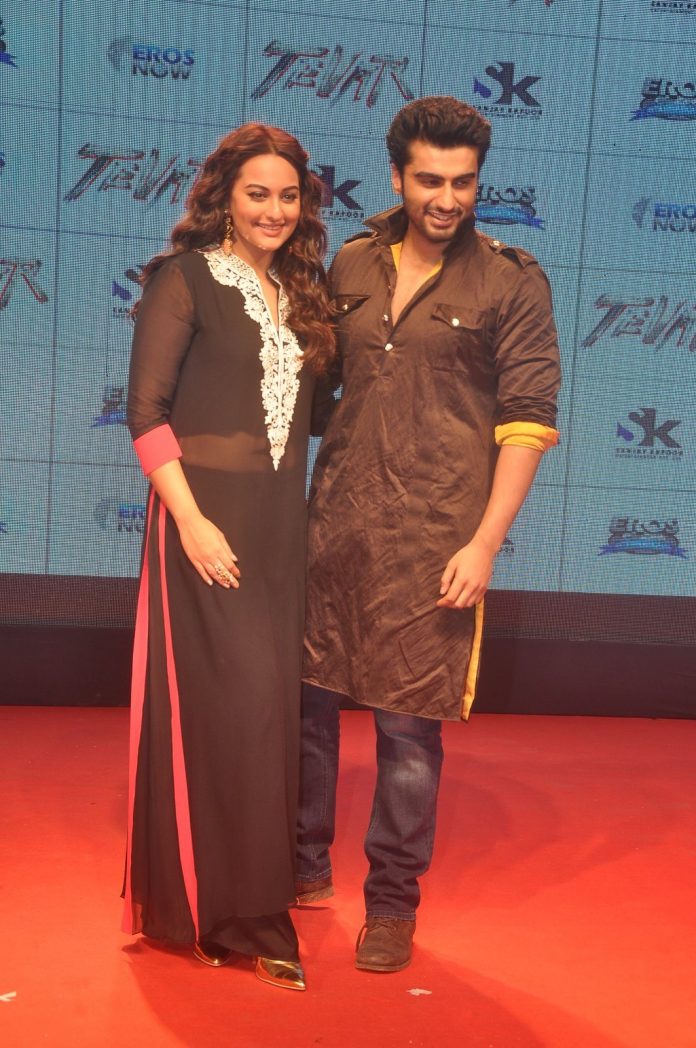 The lead pair of the movie ‘Tevar’, Sonakshi Sinha and Arjun Kapoor, launched the trailer at an event in Mumbai on November 10, 2014. Sonakhshi looked great in a see-through kurta, while Arjun Kapoor looked like a real hunk in a black pathani kurta.

The event was also attended by Bollywood directors Boney Kapoor and Sanjay Kapoor. At the event, Arjun Kapoor interacted with the media present and thanked the whole team of Tevar for their support and hardwork. ‘Tevar’ is directed by Amit Sharma and is written by Gunasekhar.

The movie is a remake of the 2003 Telugu movie ‘Okkadu’, which starred Mahesh Babu and Bhoomika Chawla. ‘Tevar’ will hit the theaters on January 9, 2014.