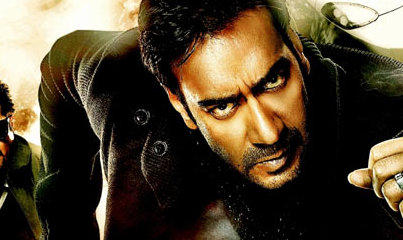 Bollywood Garam: The makers of the movie ‘Tezz’ have released the official trailer video, which stars Ajay Devgan and Anil Kapoor in the lead roles. The upcoming action movie is expected to be released on April 27, 2012 and includes an interesting star cast of Boman Irani, Sameera Reddy, Zayed Khan and Kangna Ranaut.

As the trailer suggests, the audience can expect some hard core action sequences, which have been created by the extensive use of the parkour technique. The action scenes in the movie have been choreographed by Gareth Milne, who was also the stunt coordinator of the Hollywood flick The Bourne Ultimatum.

The much awaited Priyadarshan movie was earlier named as the ‘Bullet Train’, but later the name was changed to ‘Tezz’ which means speed. Peter Pedrero has choreographed some of the major action sequences, and he had earlier coordinated stunt scenes in the Harry Potter movies.

Once again, Ajay Devgn will be seen in his tough man avatar, while Kapoor will be playing a cop. The movie has been shot in the picturesque locations of London.

Stunning Kangna will be playing Ajay’s wife, while Sameera is a Bar dancer. The actress has also lost 7 kgs to do an item song in the movie. Check out the official movie trailer below.