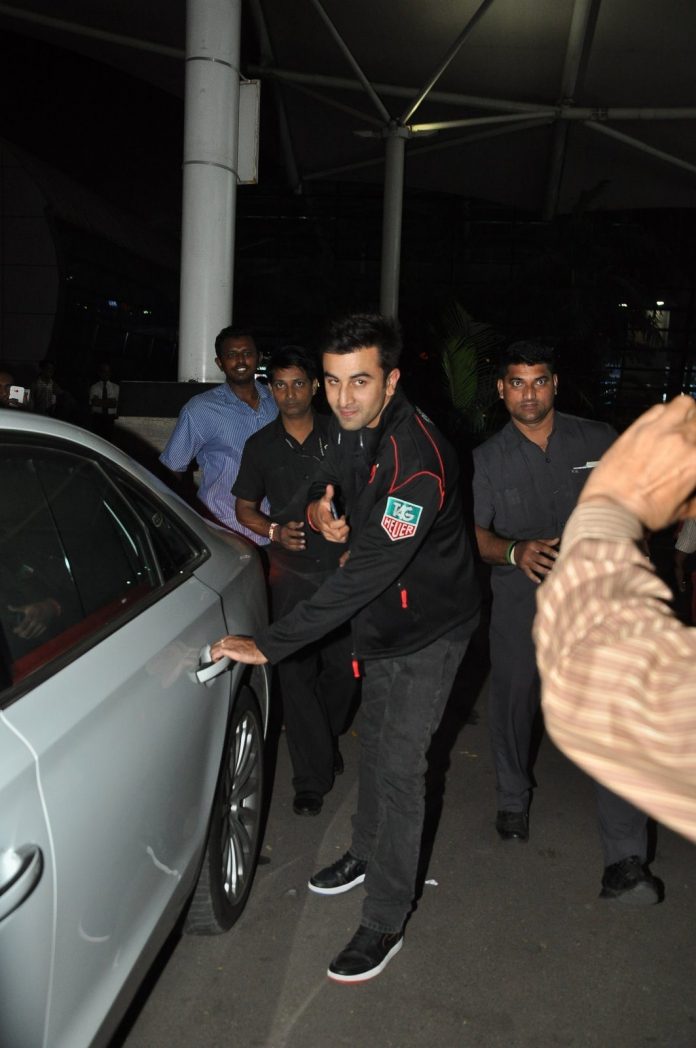 Bollywood actor Ranbir Kapoor was at the Mumbai airport on November 11, 2014. The actor was looking dapper in a black jacket with red stripes and jeans. He signed autographs for a few fans before he took off in his chauffeur driven car.

There are reports that the actor is moving into a plush apartment in Mumbai along with ‘girlfriend’ Katrina Kaif. Filmmaker Ayan Mukerji was also seen visiting the couple at their apartment.

While all this news is spinning around them, the two have still not openly admitted to being together. Ranbir Kapoor is currently busy filming his upcoming movie ‘Tamasha’, opposite Deepika Padukone.