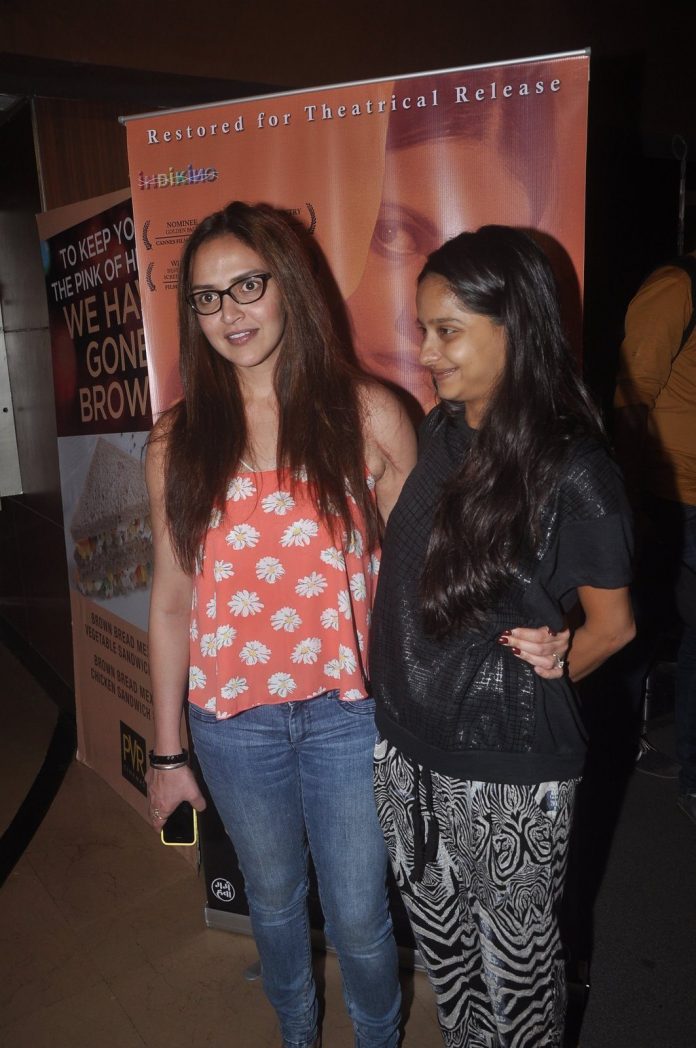 Esha was seen in an orange tank top and blue jeans. The actress made her Bollywood debut with the movie ‘Koi Mere Dil Se Pooche’ and has also been a part of some blockbusters, including ‘Yuva’, ‘Dhoom’, ‘Dus’ and ‘LOC Kargil’.

The actress appeared last in the 2011 movie ‘Tell Me O Kkhuda’ in 2011, which was directed by Hema Malini. She portrayed the lead role in the film opposite Arjan Bajwa, Vinod Khanna, Rishi Kapoor and her father Dharmendra. Esha is married to Bharat Takhtani, who is a businessman.