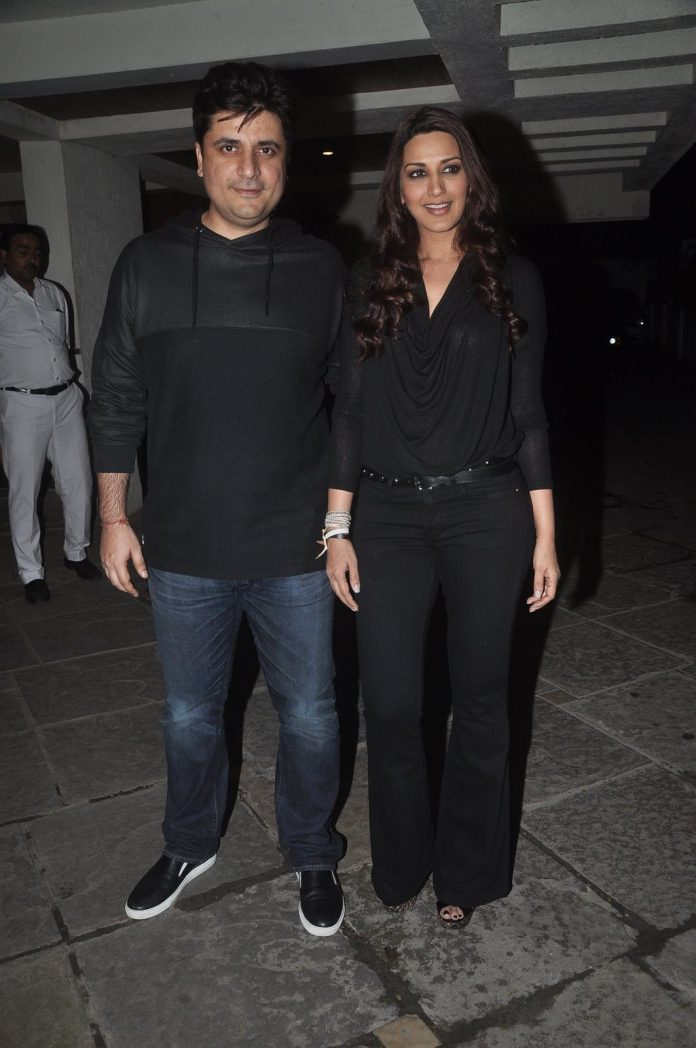 Bollywood actress Sonali Bendre and Goldie Bahl celebrated their 12th marriage anniversary with some of their close friends and family at their residence in Mumbai on November 15, 2014.

Sonali got married to actor and director Goldie on November 12, 2002. Together they have a son Ranveer, who was born on August 11, 2005 at the Breach Candy Hospital.

The actress is currently being featured in a TV series ‘Ajeeb Dastaan Hai Yeh’ opposite TV actor Apurva Agnihotri.