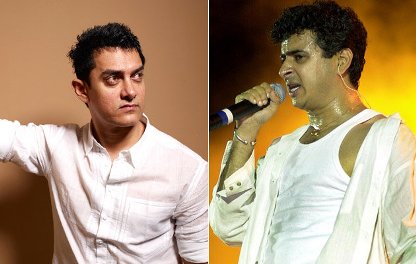 Indian rock band ‘Euphphoria’, which is led by the lead singer Palash Sen sued the recently launched TV show ‘Satyamev Jayate’ of Aamir Khan. A legal notice has been sent to the composer of the title track, Ram Sampath.

Sen has alleged that the title track has been copied from their album ‘Phir Dhoom’. The lead singer of the band said that the 22 min track of the show has a lot of similarities with their track from the album.

Palash said, “We got to know from people’s comments that Aamir Khan’s show’s promo is carrying the same song like ours. We also heard it and found the similarities. Following that we sent a legal notice to them. We just need a credit for our work”. On the other hand the makers of the show denied the allegations.

Sampath, who is facing the allegation said that he is ready to clear his name in the court. Ram Sampath is known for composing music for Aamir’s earlier movie ‘Delhi Belly’. This is the first time Aamir has appeared in a reality show in TV which is telecasted on Doordarshan as well as Sony channel.