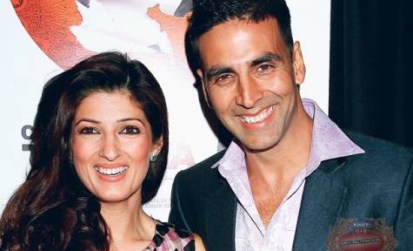 Seems like, the baby season in Bollywood will continue for some more time. Actress Twinkle Khanna and husband Akshay Kumar are now expecting baby number two.

The actress has been out of the social circuit these days. Close friends of Khanna revealed that she is in the second trimester of her pregnancy.

The couple already have a ten year old son Aarav. The second baby is reportedly due in September 2012. Father Akshay and son Aarav also celebrate their birthdays in the month of September.

Twinkle and Akshay tied the knot in the year 2001. Khanna, the daughter of Rajesh Khanna and Dimple Kapadia, was a full time actress before marriage with Akshay. Post her marriage with Kumar, the actress ventured in to interior designing. Twinkle has acted in Bollywood as well as Telugu movies and is now the owner of The White Window Store. She made her debut with the movie ‘Barsaat’ in the year 1995 opposite actor Bobby Deol. The movie managed to woo the audience and also did well at the box office. The actress also received a Filmfare award for her performance as Tina Oberoi. Khanna has also worked with some of the popular names in the industry like Aamir Khan, Shahrukh Khan, Sanjay Dutt, Saif Ali Khan and Govinda.