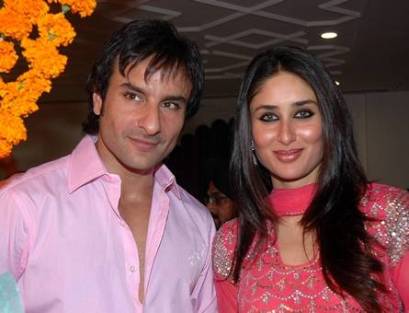 After plenty of speculations, once again reports have surfaced that Bollywood actors Kareena Kapoor and Saif Ali Khan, are now all set to tie the knot in the month of October. Reports even say that the couple might get hitched on October 16, 2012.

Earlier reports said that the two will be tying the knot after Saif’s movie ‘Agent Vinod’ is released. But then the actress then denied the reports.

At present the actress is in Turkey, with Saif where he is shooting for the movie ‘Race 2’. There are strong reports that the couple might soon make a formal announcement.

In the month of February it was speculated that the couple got engaged as the actress was seen wearing a huge rock on her ring finger. But then the actress rubbished the reports. Many times it has also happened that Saif said that the wedding dates have been decided, while Kareena denied that the dates are yet to be locked. Bebo is right now shooting for the movie ‘Heroine’ and is planning to wrap the shoots before she begins the preparations for her wedding with Saif. The actress earlier dated Shahid Kapoor, with whom the relationship could not be pulled off.