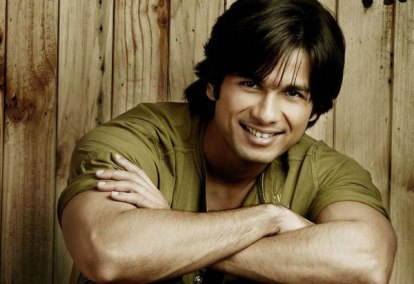 Bollywood actor Shahid Kapoor has denied the reports that he will be starring in the sequel of the movie ‘Wanted’ which is now being planned by choreographer and actor Prabhu Deva. Shahid was asked when he appeared at the Extra Innings show of the Indian Premiere League.

The ‘Jab We Met’ actor said that no one can replace Salman Khan. The actor also added that just because he and Prabhu Deva was meeting up for a film together and that he is also choreographing the International Indian Film Academy (IIFA), people are jumping to conclusions.

Kapoor even said that they have not yet come to any conclusions and have not decided what to do when. However, it was also clarified that they are very keen to work with each other.

Shahid cleared the air saying that all these are rumours and that he has not said yes to anything. The movie ‘Wanted’ is a remake of the Telugu block buster movie ‘Pokiri’, which had Mahesh Babu. The Hindi version of the movie had Salman Khan and Ayesha Takia. As for Shahid, he is at present busy promoting his upcoming movie ‘Teri Meri Kahani’ along with Priyanka Chopra. The movie is directed by Kunal Kohli and is all set to hit the theatres on June 22, 2012.