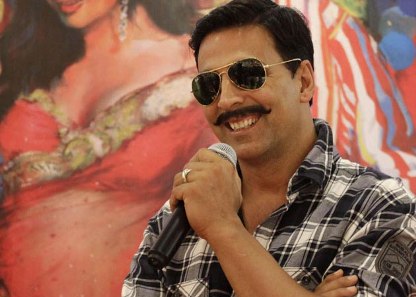 Bollywood movie ‘Rowdy Rathore’, which started off with strong criticism from the critics, has actually conquered the box office. Given the tag of a masala movie, it seems like the audience has proved that they love Akshay no matter how he performs.

‘Rowdy Rathore’ has place itself comfortably in the third position after ‘Bodyguard’ and ‘Agneepath’ as the highest openers ever. The movie has garnered Rs. 15.10 crores on the opening day itself and all the credit goes to Akshay and his hard core action sequences inspired by the south film industry.

The movie has been directed by the veteran choreographer Prabhu Deva, who has earlier given a hit ‘Wanted’ with Salman Khan. An acclaimed critic and trade analyst confirmed, “ROWDY RATHORE is the biggest non-holiday Friday opener. Outstanding! Business in mass dominated circuits is humungous.”

Even Siddharth Roy Kapoor, the MD of UTV Motion Pictures said, that they are thrilled with the incredible opening day collections of ‘Rowdy Rathore’ and has notched up the third biggest opening day of all time. The movie also has Sonakshi Sinha who is seen in her regular desi avatar, which she loves playing in every movie.