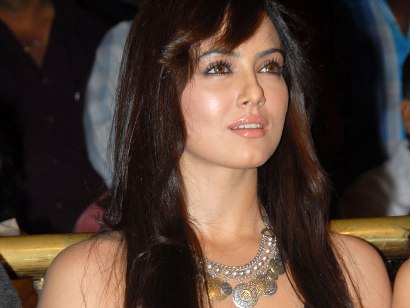 After a long hunt for the female lead for the Tamil and Telugu version of the movie ‘The Dirty Picture’, Sana Khan has been finalized. Khan will be seen playing the role of Silk Smitha which was played by Vidya Balan in the Bollywood version.

Director Anil is planning to make the Tamil remake of the movie based on the life of Silk Smitha and has named it ‘Profile’. But the director has claimed that it is not a remake of the movie ‘The Dirty Picture’, which he claims is a fabricated story.

Sana has earlier worked in the movies like, ‘Mr. Nookaya’ and ‘Kathi’ and will be playing the lead role in ‘Profile’. The movie will be simultaneously made in Tamil as well as Telugu.

Anthony Eastman, who has earlier given a break to Smitha, in Malayalam movies, has provided the script of the movie. The movie ‘The Dirty Picture’ is also being remade in Kannada which stars Pakistani actress Veena Malik, who has already started shooting for the movie. The original Bollywood version of the movie had Vidya Balan in the lead role along with Naseeruddin Shah, Tusshar Kapoor and Emran Hashmi. Vidya in the movie for the first time was seen in a bold avatar, for which she has won plenty of appreciation from the audience as well as the critics.