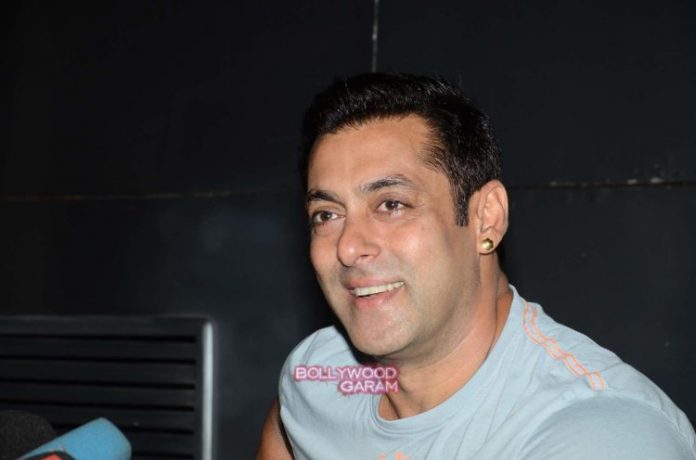 Superstar Salman Khan is enjoying the super success of the movie ‘Bajrangi Bhaijaan’ as the movie has very easily made Rs. 300 crores at the box office. The actor hosted a press conference to share the success with the media ar Karjat on August 10, 2015.

A super happy Salman interacted with the media and said that he liked the script so much that he decided to produce it. Khan said, “I’m from a writer’s background (father Salim Khan is a noted scriptwriter) and script is very important.

The movie also stars Kareena Kapoor and Nawazuddin Siddiqui and hit the theatres on July 17, 2015.