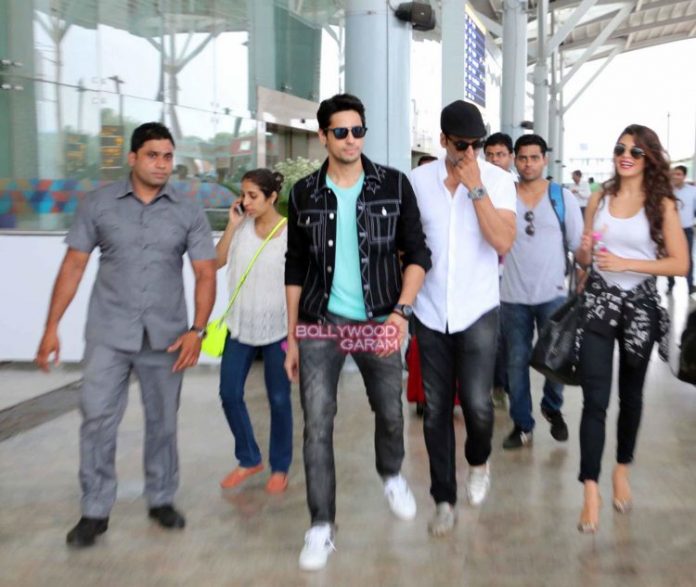 Actors Sidharth Malhotra, Akshay Kumar and Jacquelie Fernandez were snapped at the Delhi Airport on August 10, 2015. The star cast of the movie ‘Brothers’ are promoting hard the movie as it is all set to hit the theatres on August 14, 2015.

Akshay was seen in casuals in a white untucked shirt and denims while Jacqueline was seen in stylish casuals. The audience is waiting for the release of the flick due to its interesting star cast and its story.

The movie also has a hit item number from Bollywood diva Kareena Kapoor, who will be seen grooving to the song ‘Mera Naam Mary’.