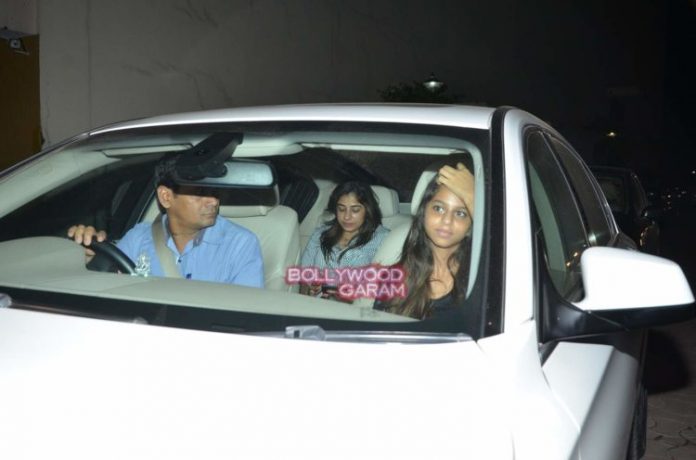 Celebrities from Bollywood attended the special screening of the movie ‘Brothers’ held at Yash Raj Studios in Mumbai on August 12, 2015. The special screening not just saw the stars but also a few star kids including Akshay Kumar’s son Aarav, who was accompanied by mother Twinkle Khanna and Shahrukh Khan’s daughter Suhana Khan.

Other celebs who also attended the screening included Ashutosh Rana with wife Renuka Shahane, Jacqueline Fernandez and others. ‘Brothers’ stars Sidharth Malhotra and Akshay Kumar in lead roles and is directed by Karan Malhotra.

The action-drama flick is based on Mixed Martial Arts and is all set to hit the theatres on August 14, 2015.