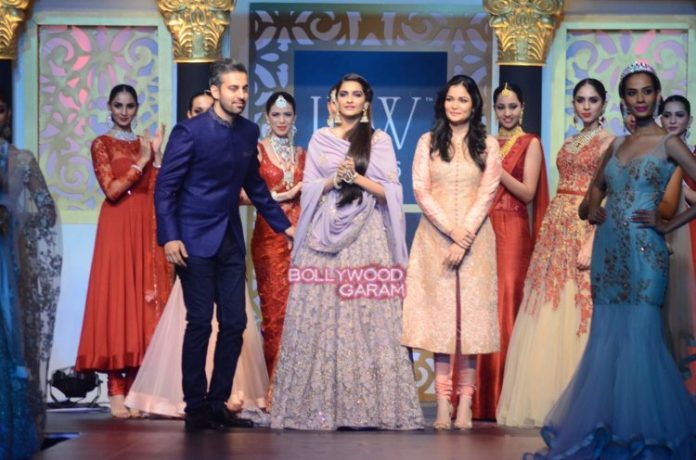 Indian actress Sonam Kapoor walked the ramp at the finale of the Indian International Jewellery Week on August 7, 2015. The ‘Dolly Ki Doli’ actress stunned at the ramp in a Shyamal and Bhumika Lehenga with minimum make-up.

The actress greeted the audience in Indian style and made the perfect conclusion to the IIJW event. On the work front, the actress is currently preparing for her upcoming movie ‘Prem Ratan Dhan Payo’ which also stars Salman Khan. Kapoor was last seen in the movie ‘Dolly Ki Doli’.

Sonam is also working on another project, ‘Battle for Bittora’ and ‘Neerja Bhanot’.