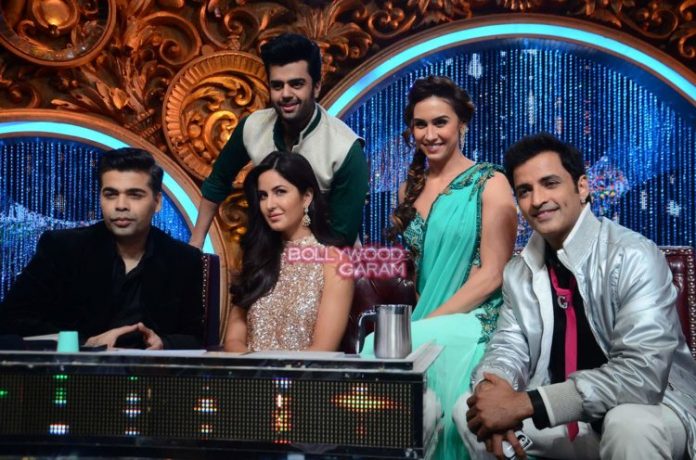 Bollywood stars Katrina Kaif and Saif Ali Khan appeared on the sets of the dance reality show ‘Jhalak Dikhhla Jaa’ on August 12, 2015. The actors were on the sets to promote their upcoming movie ‘Phantom’.

Katrina looked pretty in a pink lehenga while Saif looked elegant in a white kurta pyjama and a Nehru jacket. The sets also saw the judges Shahid Kapoor, Lauren Gottlieb and Ganesh Hegde. The movie ‘Phantom’ is directed by Kabir Khan and produced by Sajid Nadiadwala and Siddharth Roy Kapur.