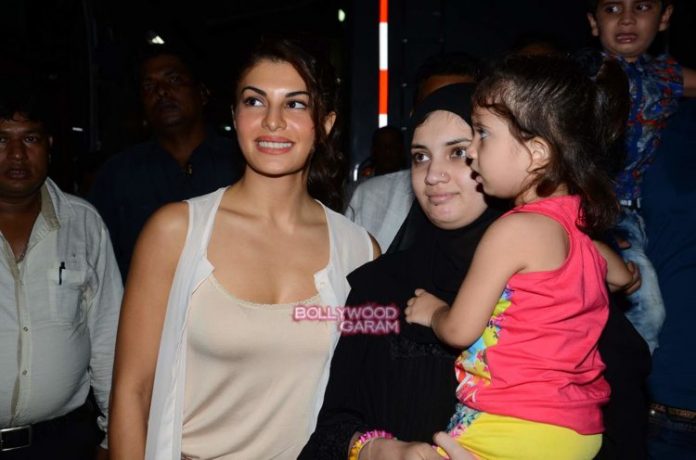 Sri Lankan beauty Jacqueline Fernandez was snapped while she was leaving her shoot sets in Mumbai on August 19, 2015. The ‘Kick’ actress looked tired yet cheerfully posed with fans and for the shutterbugs.

The actress was last seen in the movie ‘Brothers’ opposite Akshay Kumar and Sidharth Malhotra and is working on a Hollywood project ‘Definition Of Fear’ and another English language movie ‘According to Mathew’.