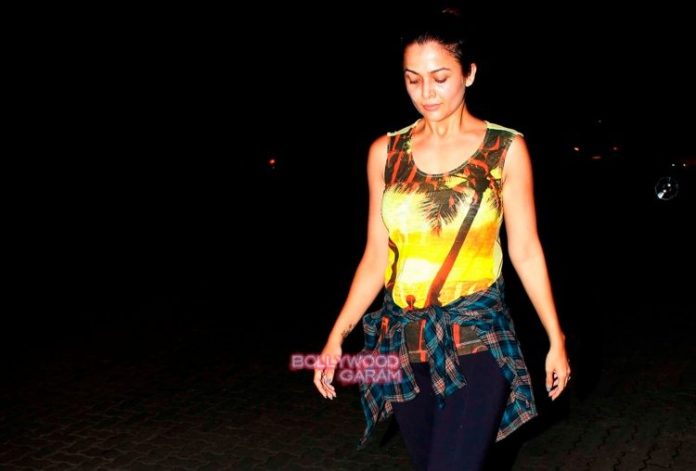 Indian actress Amrita Arora was snapped in a workout mood in Bandra in Mumbai on August 18, 2015. Arora was seen wearing a printed t-shirt, blue capris and a shirt tied around her waist.

Amrita made her debut in Bollywood with the movie ‘Kitne Door Kitne Paas’ opposite actor Fardeen Khhan. The actress was last seen in the movie ‘Ek Tho Chance’ in 2014. Amrita in recent times has been less active in Bollywood.
Arora is married to businessman Shakeel Ladak and together they have two sons Azaan and Rayaan.