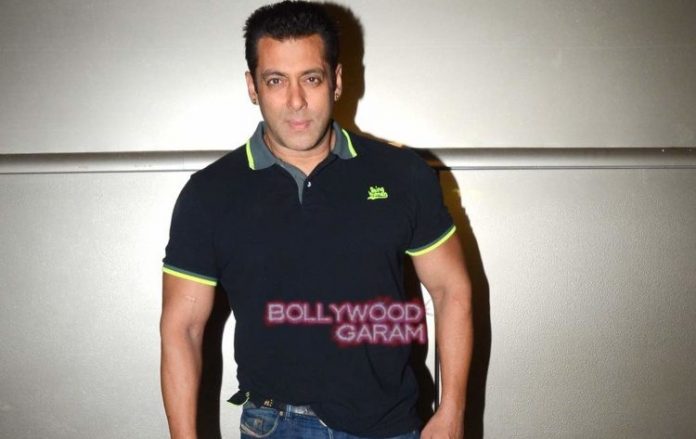 Bollywood star Salman Khan unveiled the first logo of the upcoming movie ‘Prem Ratan Dhan Payo’ on August 24, 2015. The logo of the movie has shown the signature style of filmmaker Sooraj Barjatya and also stars Sonam Kapoor, Neil Nitin Mukesh and Anupam Kher.
Barjatya is known for making romantic and family oriented flicks and this one is expected to be high on entertainment. The movie has also marked the collaboration of Salman and Sooraj after almost 16 long years. Khan posted, “Logon this is the logo of PRDP, matlab Prem Ratan Dhan Payo. Coming this Diwali.”
The recent tweet by Salman has also indicated that the movie is all set to hit the theatres during Diwali 2015. There were reports that the trailer of the movie would be attached to the Sooraj Pancholi starrer movie ‘Hero’, produced by Salman.
Now that the poster of the movie is out, the trailer is expected to be out somewhere in the first week of September, 2015. PRDP is an Indian family drama in which Salman will be seen in a double role. The actor will be seen as a Prince as well as a fighter. The director and actor duo have earlier worked in the movies like ‘Hum Aapke Hain Kaun’ and ‘Maine Pyaar Kiya’.