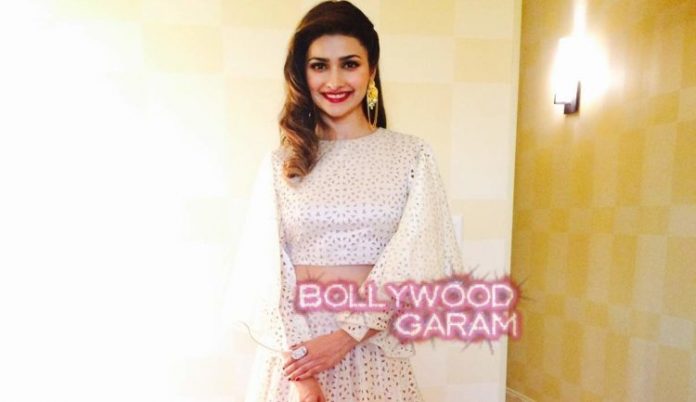 Indian actress Prachi Desai looked stunning at an event in the US on August 25, 2015. Desai, who made her debut in Bollywood with the movie ‘Rock On’ was seen in an elegant white outfit by Sonam and Paras Modi.

The actress was seen in another white outfit by SVA and completed her look with earrings from Shreya Juneja and shies from Zara. On the work front, the actress is preparing for the sequel of the movie ‘Rock On’ and the movie ‘Azhar’ in which she will be seen playing the role of ‘Naureen’.

Desai got a major break in TV when she played the role of Bani in the series ‘Kasamh Se’.