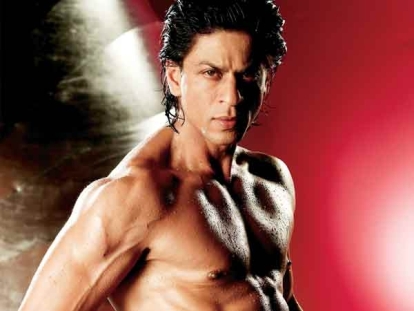 Bollywood star Shahrukh Khan had earlier sported six pack abs for his movie ‘Om Shanti Om’ for which he had worked hard. At that time the whole nation went mad over Khan’s hotness quotient.

But the sexy abs did not last for long. Now the actor is once again gearing up for something big this time for Farah Khan’s upcoming movie ‘Happy New Year’. Sources from the production unit revealed that Farah has expressed that SRK works on his body again to get the eight pack abs look.

As the audience has always expected something big from the team, the choreographer turned director wants to keep up to the expectations. And Shahrukh has geared up to prepare for the upcoming movie.

Farah while talking about her relation with Shahrukh said that they make a good team and that their last fight has made their bond grow stronger. A few months back, Shahrukh and Farah’s husband Shirish Kunder had a massive fight which was discussed by the whole industry and media. But soon after things were sorted out between the two and are now all set to re-establish their professional relationship also. Farah and Shahrukh have earlier worked in the movies like ‘Main Hoon Na’ and ‘Om Shanti Om’ which were commercially successful.