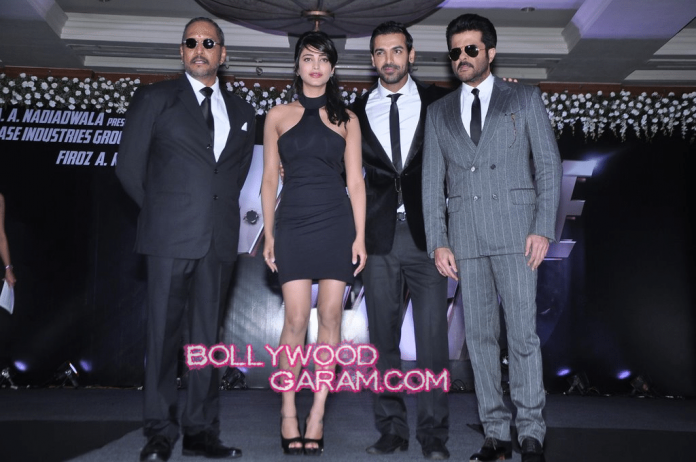 The much awaited Anees Bazmee’s comedy flick ‘Welcome Back’ has hit the theatres on September 4, 2015. Everyone loves Majnu Bhai, Uday Bhai and our dear Ghungroo played by Anil Kapoor, Nana Patekar and Paresh Rawal respectively. The comedy trio guarantee for a rib tickling entertainment and the sequel is even more promising with John Abraham and Shruti Haasan as eye candies.
The story has the same characters who have left the dark underworld and have become respectable hoteliers and once again Uday and Majnu fall in love with the same girl like seen in ‘Welcome’ which had Mallika Sherawat. This time it is newbie Ankita who will be seen playing the common love interest. Some of the movie goers might criticize about the mindless action sequences that do not make any sense, screaming actors and unconvincing sets.
The one to look for is Dimple Kapadia who plays Maharani Padmavati. Some of the one-liners and great performances from Nana Patekar and Anil are a must watch. The excellent comic timings are there to entertain the audience and a great entertainer for the weekend.